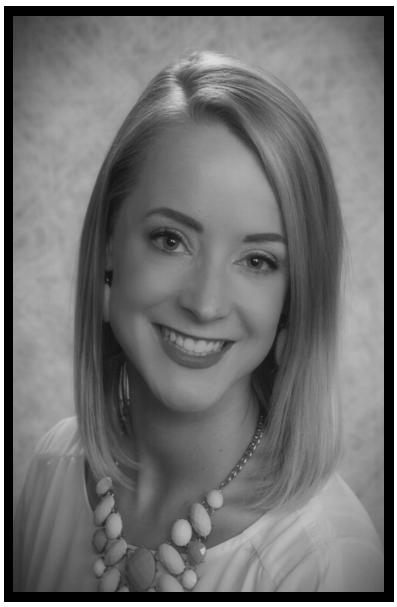 Theresa has been part of the centre since the age of 3, where she has studied Ballet, Tap, Jazz. Modern and Hip Hop. Throughout her years, she has appeared in literally hundreds of performances in both lead and supporting roles including her lead role as Carabosse in the 2014 production of The Sleeping Beauty. Theresa is a former member of the centre’s desk staff and has worked periodically with the Girl Scouts of America teaching classes top help student’s earn their badges. In addition to teaching classes at the centre, she also assisted Miss Elisabeth with the “Dance in All of Us,” a dance program for individuals with Autism. She is also the former coach of the NEPA Minerettes Junior Dance Team. Miss Theresa has directed “Cinderella Kids,” “Jungle Book Kids,” “Aladdin Kids,” “Alice in Wonderland Jr.”, “ Aristocat’s Kids,” “SHREK: The Musical JR,” Peter Pan JR,” “Legally Blonde JR,” “Annie Kids”, and “Singin’ in the Rain JR” for the Kirby Kidz program. Theresa was recently hired to direct and choreograph “Mary Poppins Jr.” for this year’s Kirby Kidz. Theresa has choreographed flash mobs for both the Wilkes-Barre/ Scranton Penguins and Scranton/Wilkes-Barre Rail Riders. She graduated in 2016 from Wilkes University Summa Cum Laude with a Bachelor’s of Arts in Elementary and Early Childhood Education with a minor in Reading and a concentration in Special Education.

At the school, she was the President of the Education Club, a member of the Alpha Chi National Honor Society, an honor society that recognizes students in the top 10% of their class in the university and Kappa Delta Phi. While at Wilkes University, Theresa received the “Outstanding Elementary and Early Childhood Teacher Education Student Award” and “Teacher Education Service Award” at Wilkes University for her continued volunteer work a variety of on-campus and off-campus activities. Miss Theresa is currently employed as teacher for the Hazleton Area School District. She and her husband, Robert were married in August of 2016 and is the proud mother to her sons Ryan and Jack.
545 Charles Street
Luzerne, PA 18708
contactus@joanharriscentre.com
570-287-7977
© Copyright 2019 - Joan Harris Dance