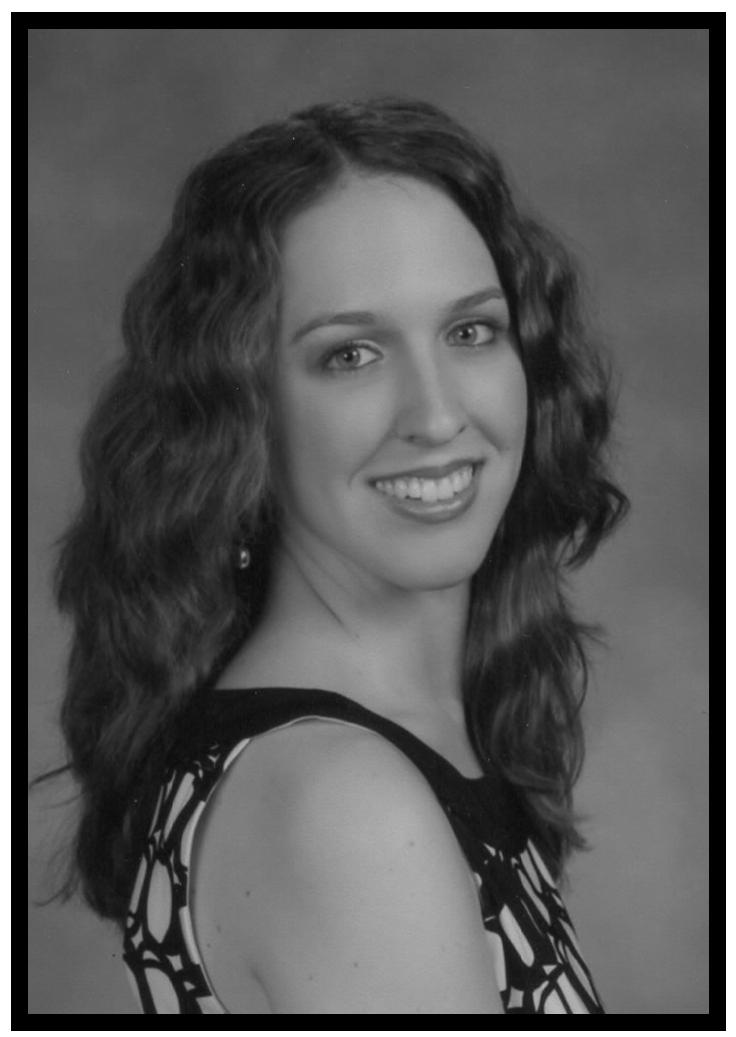 Megan began studying dance at age three at the Joan Harris Centre where she continues to train in Ballet, Tap, and Jazz. She has performed in hundreds of productions both professional and community based.  Some of Megan’s more memorable roles include Queen Clava in the centre’s staging of Corciev, The Grieving Wood and as the Ogre in Puss in Boots.  She has performed in many theatrical productions including West Side Story, A Funny Thing Happened on the Way to the Forum, Tommy, Hello Dolly!, Mame, and The Pajama Game, in which she was cast in the lead role.  Megan has choreographed student run productions of Into the Woods and The Wiz as well as co-directed sets such as “Alice in Topsy –Turvy Land” and “The Night Before Christmas” at the Joan Harris Centre.  Over the years, she has attended various dance conventions including Dance Educators of America in Philadelphia and the Keystone State Dance Festival. In addition to studying dance, Megan plays the piano and violin.  Megan graduated Cum Laude from Wilkes University with a doctorate in pharmacy and a minor in dance.   In addition to teaching dance, Dr. Ruseskas works as a pharmacist for CVS pharmacy. Megan and her husband, Luke, are expecting their first child this June.