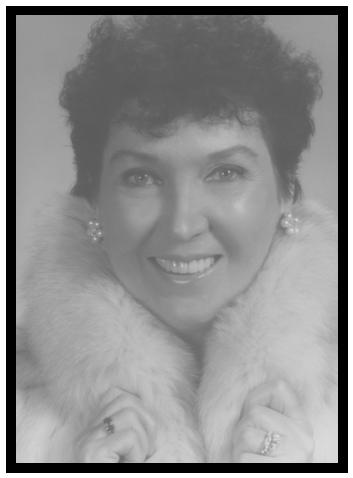 Mrs. Harris was a veteran of two Broadway musicals, Kiss Me Kate choreographed by the great Jerome Robbins and High Buttoned Shoes choreographed by Bob Fosse. She studied under Professor George Alexander and then traveled to New York City where she was accepted into the American Ballet under the direction of the legendary George Balanchine. She was a former owner of seven dance schools located throughout New York City including two studios on Broadway. Joan produced and starred in her own weekly live television show which ran on New York TV’s Channel 9, WWOR for over seven years. She also produced shows locally for both WBRE and WNEP-TV. Mrs. Harris began her training at age three and first started working professionally when she was five years old. She served for several years on the Board of the Pennsylvania Association for Gifted Education and was elected to the National Organization for Gifted Children. Joan received the prestigious “A Place To Grow” award given to her by then Pennsylvania Governor Dick Thornburg. She was the first Executive Director of “College for Kids” which held classes at Kings College, Wilkes University, College Misericordia, Penn State Lehman, Penn State Hazleton, and L.C.C.C. Joan Harris is listed in both the Who’s Who of American Women and the International Who’s Who of Women. She has also authored two books.