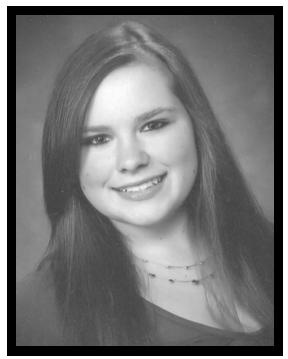 Jamie has been dancing at the Joan Harris Centre since the age of 3 where she has studied Ballet, Tap, Jazz, Hip Hop and Modern Dance. She is a 2011 graduate of Wyoming Valley West where she was on the Junior/Varsity Cheerleading Squad. She was a UCA All- American Cheerleader in 2008/2009. She studied acting with The Backstage Pass program, Performed in her High School Musicals and continues to be a part of community theaters, as well as choreographing at Music Box, Little Theatre and G.A.R. with the Coughlin Players/CAPAA group. Through Jamie’s years of growing she has been awarded a Scholarship for winning a State Bowling Championship. While a Girl Scout, she mentored a Daisy scout Troop. Jamie performed with Pioneers Mini Cheer/Dance team and on the NEPA Minerettes Cheer/Dance Team where she went on to become an assistant Coach/Choreographer for the Minerettes. Jamie is continuing her education to become a teacher in early childhood education.