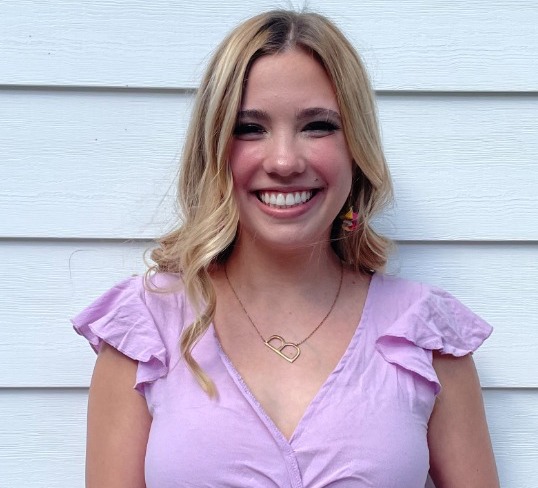 Bella has been dancing at the Joan Harris Centre for the past fifteen years. She began in 2007, at the age of three. As Bella’s time at the studio went on, her love of dance and for the studio has grown. She considers members of the Joan Harris Center, part of her family, and a she hasn’t missed a production the studio has put on, since she started dancing. Bella is now a student aide, member of the centers front desk staff, and still growing her love for dance by studying Ballet, Tap, Jazz, Modern and Hip hop. Bella has also been involved in the centers Theater Program, Kirby Kidz, numerous times as both, a part of the cast, as well as an assistant to the director.